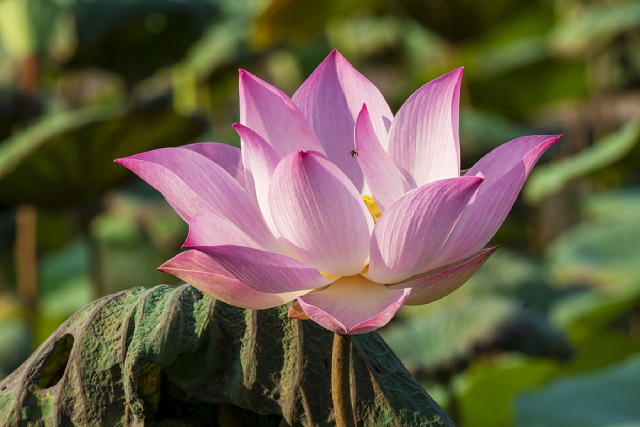 Due to their shared belief in reincarnation after death, Buddhism and Taoism are two religions that are often confused with each other. Moreover, they are both considered major religions in several Asian countries like China, Hong Kong, and Singapore, which may have further deepened this misunderstanding among the uninitiated. However, both religions are vastly different from one another.

For one, Buddhism is considered an offshoot of Hinduism, which has its foundation on the teachings of Siddhartha Gautama. Taoism, on the other hand, is based on the philosophical ideas of Lao Tzu. This is just one of the various differences between the two faiths. To clear up some of the misunderstandings about these two religions, let us share some of the main differences between Taoism and Buddhism.

1. Their belief in human nature

One of the major differences between the Buddhist and Taoist beliefs has something to do with human nature. In Buddhism, there is no self or soul. Human existence is nothing more than the combination of 5 impermanent components called khandhas: physical forms (rupa), feelings (vedana), ideations (sanna), dispositions (sankhara), and consciousness (vinnana). These khandhas are the ones that gather at birth to form a human.

On the other hand, Taoism teaches that humans are harmonious with nature at birth. However, due to social conditioning, humans have deviated from the natural order and brought destruction upon themselves and those around them. The purpose of cultivating oneself in Taoism is to return to a natural mode of existence to achieve that harmonious state.

2. Their belief in God

Both Buddhism and Taoism reject the idea of a personal god. However, in Buddhist teachings, there exists divine beings or gods called devas who can live extended lives but are not eternal. Buddhists do not subscribe to the idea that there is an omniscient, omnipotent, and omnipresent creator of the universe. The religion’s founder, Buddha, is not considered a god but merely an extraordinary man.

Similarly, a personal god and creator do not exist in Taoism. The Taoists do not believe that an omnipotent being beyond the cosmos created and controlled the universe. Instead, the universe is believed to spring from the Tao, which is the natural order underlying the universe’s essence and activity. The Tao impersonally guides things and people on their way, but it is not considered a god, nor is it worshipped by the Taoists.

3. Their belief on life after death

Reincarnation plays a role in both Buddhism and Taoism. The concept is considered a source of peace and hope for their believers and is a major part of each religion. As such, there are specific funeral rites and customs that followers have to adhere to during a Buddhist funeral service or Taoist funeral. Both faiths also deem it as a way to encourage people to live a good life. However, Buddhism and Taoism have different views or approaches when it comes to the cycle of reincarnation.

For Buddhists, humans are in an endless cycle of birth, death, and rebirth. This cycle can only be broken by achieving nirvana, which is the only way to escape suffering permanently. Therefore, breaking the cycle of reincarnation is one of the central aims of Buddhists.

Conversely, for the Taoists, the soul is eternal and will eventually become one with Tao. Taoism believes that the soul will never die but will only move to another body to be reborn as a different person. This rebirth cycle is then repeated countless times until one achieves Tao.

On the surface, Buddhism and Taoism may share superficial similarities, which may explain why some non-believers often confuse the two religions. They are both ancient eastern religions that offer guidance for people on how to live a good, ethical, and kind life. Nonetheless, Buddhism and Taoism have varying beliefs that set them apart from one another. We hope that by sharing some of these differences, we can dispel some of the misunderstandings, and you can gain a deeper appreciation of both religions.

If you have recently lost a loved one and you need assistance in arranging their funeral, you should consider reaching out to a trusted funeral company who can help you with the necessary arrangements. At 1Stop Buddhist Funeral Services, we provide trusted funeral services for both Buddhist and Taoist funerals. We offer affordable funeral packages that can help you prepare and organise the last rites of your loved one in a respectful and dignified way.