How Do People Traditionally Celebrate The Qingming Festival? 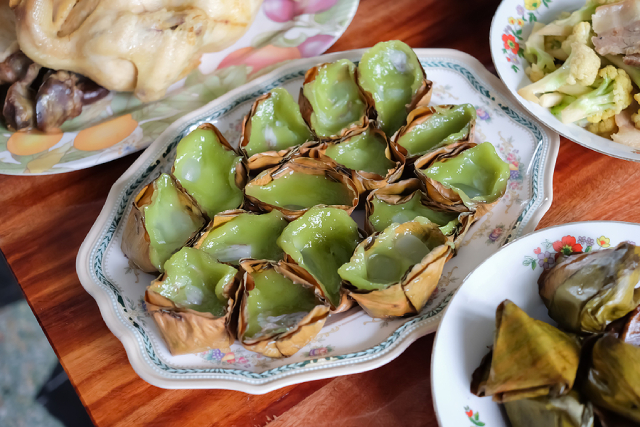 The Qingming Festival, translated to mean the ‘Pure Brightness Festival’, is a day where the Chinese pay respects to their ancestors and celebrate the warming weather of spring. It is a time for honouring the past with a spirit of celebration that includes both reflection and renewal.

During the Qingming Festival, there are many rituals. However, the most important one would be visiting and tidying one’s ancestors’ graves and placing flowers such as lilies or chrysanthemums. Families also offer food and burn incense in honour of those who have departed. You may also observe some families burning paper money, often at the side of the road. This is an offering to the dead so that they can buy whatever they want in the afterlife. Besides tomb sweeping, there are other activities people take part in during the Qingming festival.

The Qingming Festival is quite a solemn day, mainly because it involves the commemoration of those who have passed away. Besides tomb sweeping, it is also a day for outings, renewals, and excursions. Traditionally, in addition to cleaning their ancestors’ tombs and making offerings to the dead, the Chinese people celebrated the day through singing and dancing. They spent time outdoors enjoying nature while having picnics. Since the Qingming Festival falls in early spring every year, it typically coincides with some of the first warm days of the year.

During ancient times, Chinese people also celebrated the day before the Qingming Festival. This day was called the Cold Food Festival, or han shi jie. In the olden days, people would only eat cold food during the festival, with the superstition that using fire during this day would invite violent weather.

Traditionally, people eat green rice balls often stuffed with fillings such as sweet red bean paste, Qingming porridge, crispy cakes, and eggs. These are foods that are cooked two to three days before the festival and can last long enough before going bad. However, due to concerns surrounding health, this tradition has since been largely abandoned by the majority of modern Chinese people.

Another popular activity is kite-flying. Not only is kite-flying a perfect accompanying activity for accompanying the spring weather on a picnic, but it also celebrates the joy of life and nature. During Qingming, it is common to fly kites in the evening or into the night. Some kites are even adorned with lights to add a pretty sight to the evening sky.

Some also believe that cutting the string of a flying kite could bring them good luck, and prevent or eliminate diseases. However, these days, kite-flying is dwindling in popularity, and some have turned to digital alternatives like drone-flying instead.

As seen, the Chinese people put a lot of emphasis on honouring their ancestors and the deceased. From the actual funeral to memorials, many people still hold these traditions very close to heart. When needed, don’t hesitate to seek out 1Stop Buddhist Funeral Service, as we are always available to help tend to your needs by providing the best funeral services.